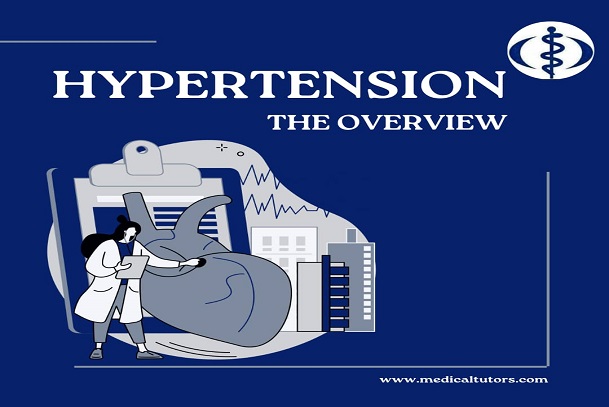 Hypertension is one of the most common non-communicable diseases affecting the world population at large and a large majority of Nigerians in particular. It is a serious condition and can cause other diseases in the body.  It is a leading cause of African morbidity and mortality with Nigeria contributing to the larger part of the disease burden.

According to the World Health Organization (WHO), “Hypertension is defined as a condition in which the blood vessels have abnormally high blood pressure that is persistent.”

The force with which the blood pushes against the walls of the vessels with every pumping action of the heart is known as blood pressure. This blood pressure has a normal value which should not be exceeded for optimal healthy living. Once this blood pressure is high over a consistent period of time, this can be said to be hypertension.

In general, a blood pressure reading greater than 140/90mmhg is considered an elevated value and requires some form of clinical intervention.

Hypertension is globally prevalent and is a common cause of premature deaths all over the world. It is one of the known risk factors for cardiovascular diseases as well as diseases affecting other organs like the kidneys and so on. Over 1 in 4 men and about 1 in 5 women are said to have hypertension.

LMICS (Low and Middle-Income Countries) such as Nigeria have a higher prevalence of hypertension in general. This is accompanied by reduced awareness of the condition with poor treatment and control. The direct opposite is what is seen in developed countries.

According to a study on “the prevalence, awareness, treatment, and control of hypertension in Nigeria” by Dr. Davies Adeloye, it was estimated that at least 1 in 4 adults in Nigeria suffer from hypertension. Another study found that the mean blood pressure in the Nigerian population is higher than that obtained in the United States and Europe.

An estimated prevalence of 28.9% of the Nigerian population was derived based on a meta-analysis of published studies. Hypertension is defined as a value greater than 140/90 mmHg in this context.

The exact cause of hypertension is not known precisely and can be attributed to many factors. This is why research on its pathophysiology is ongoing.

Hypertension may be classified as:

Essential hypertension or primary hypertension occurs when the cause of the hypertension isn’t linked to any other disease process in the body. Instead, it could develop due to environmental as well as genetic factors. This makes up a vast majority of hypertension cases in the general population.

This can be described as hypertension due to a known, proven cause in the body. There are many such causes which can be categorized as:

A lot has been said about hypertension which is a Non-Communicable Disease of serious public health concern. A low level of awareness coupled with a long asymptomatic period may be responsible for the high burden of hypertension in Nigeria.