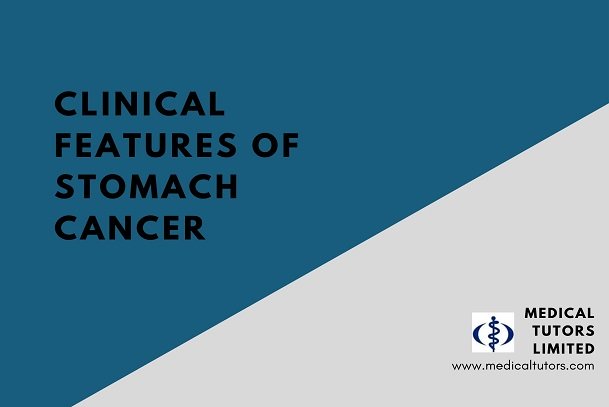 Summary
Stomach cancer is a type of cancer that does not have a recognizable form of signs or symptoms, that is why it is very difficult to detect until it's in the later stages

Stomach or gastric cancer is a cancer that affects older persons irrespective of their gender, yet it is not easily diagnosed. According to World Health Organization (WHO), there are typically no early signs and symptoms related to stomach cancer, that is why diagnosing stomach cancer is very difficult until it is in an advanced stage.

Early stages symptoms of stomach cancer can cause:

However, these symptoms are quite similar to some other less serious conditions, and do not necessarily mean a person has cancer, but when there is an increased risk for stomach cancer especially among those who usually have difficulties when swallowing their food; then swift medical diagnoses and treatment is advised.

As stomach tumors grow, you may have more serious symptoms, such as:

An individual with a first-degree relative such as parents and siblings, who have had stomach cancer are more likely to develop stomach cancer, either with an inherited cancer syndrome or not. Although, most people who have stomach cancer do not have a history of stomach cancer, yet family history can increase the risk of having it.

A rare cancer among young people, but the risk of getting stomach cancer increases as one gets older. That is why people who gets diagnosed with stomach or gastric cancer are usually in their late 50s, 60s, 70s, and 80s.

When an individual is overweight (obese), there is an increased risk of developing stomach cancer especially cancer of the cardia.

Workers who work in coal, rubber, coal industries and miners have a higher risk of getting stomach cancer.

People who drink at least 3 times per day (chronic alcoholic consumption) tends to increase the risk of getting stomach cancer.

Stomach cancer can develop in people who have had surgery to their stomach especially in the removal of non-cancerous diseases of ulcer.

Epstein-Barr virus causes infectious mononucleosis (also called mono). Most people are infected with this virus at some time in their lives, usually as children or teens.

EBV has been linked to nasopharyngeal cancer and to some forms of lymphoma. It is also found in the cancer cells of about 5% to 10% of people with stomach cancer, although it isn’t yet clear if the virus actually causes stomach cancer. Stomach cancers linked to EBV tend to be slower growing and have less of a tendency to spread.

[Next Article: Diagnosis of Stomach Cancer]